Thanks to JetBrains‘ support 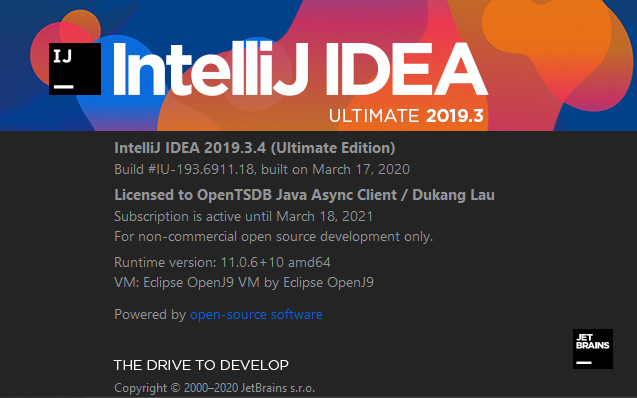 /work/spark/conf/spark-env.sh,update ens3 to your network interface

Init master and slaves in master

It is compatible with Amazon S3 cloud storage service.

It is best suited for storing unstructured data such as photos, videos, log files, backups and container / VM images.

Size of an object can range from a few KBs to a maximum of 5TB.

Minio server is light enough to be bundled with the application stack, similar to NodeJS, Redis and MySQL.

2.1 The Rise of Worse is Better

I and just about every designer of Common Lisp and CLOS has had extreme exposure to the MIT/Stanford style of design. The essence of this style can be captured by the phrase the right thing. To such a designer it is important to get all of the following characteristics right:

Simplicity – the design must be simple, both in implementation and interface. It is more important for the interface to be simple than the implementation.
Correctness – the design must be correct in all observable aspects. Incorrectness is simply not allowed.
Consistency – the design must not be inconsistent. A design is allowed to be slightly less simple and less complete to avoid inconsistency. Consistency is as important as correctness.
Completeness – the design must cover as many important situations as is practical. All reasonably expected cases must be covered. Simplicity is not allowed to overly reduce completeness.
I believe most people would agree that these are good characteristics. I will call the use of this philosophy of design the MIT approach Common Lisp (with CLOS) and Scheme represent the MIT approach to design and implementation.

The worse-is-better philosophy is only slightly different:

However, I believe that worse-is-better, even in its strawman form, has better survival characteristics than the-right-thing, and that the New Jersey approach when used for software is a better approach than the MIT approach.

Let me start out by retelling a story that shows that the MIT/New-Jersey distinction is valid and that proponents of each philosophy actually believe their philosophy is better.

The MIT guy did not see any code that handled this case and asked the New Jersey guy how the problem was handled. The New Jersey guy said that the Unix folks were aware of the problem, but the solution was for the system routine to always finish, but sometimes an error code would be returned that signaled that the system routine had failed to complete its action. A correct user program, then, had to check the error code to determine whether to simply try the system routine again. The MIT guy did not like this solution because it was not the right thing.

The New Jersey guy said that the Unix solution was right because the design philosophy of Unix was simplicity and that the right thing was too complex. Besides, programmers could easily insert this extra test and loop. The MIT guy pointed out that the implementation was simple but the interface to the functionality was complex. The New Jersey guy said that the right tradeoff has been selected in Unix – namely, implementation simplicity was more important than interface simplicity.

The MIT guy then muttered that sometimes it takes a tough man to make a tender chicken, but the New Jersey guy didn’t understand (I’m not sure I do either).

Now I want to argue that worse-is-better is better. C is a programming language designed for writing Unix, and it was designed using the New Jersey approach. C is therefore a language for which it is easy to write a decent compiler, and it requires the programmer to write text that is easy for the compiler to interpret. Some have called C a fancy assembly language. Both early Unix and C compilers had simple structures, are easy to port, require few machine resources to run, and provide about 50%-80% of what you want from an operating system and programming language.

Half the computers that exist at any point are worse than median (smaller or slower). Unix and C work fine on them. The worse-is-better philosophy means that implementation simplicity has highest priority, which means Unix and C are easy to port on such machines. Therefore, one expects that if the 50% functionality Unix and C support is satisfactory, they will start to appear everywhere. And they have, haven’t they?

Unix and C are the ultimate computer viruses.

A further benefit of the worse-is-better philosophy is that the programmer is conditioned to sacrifice some safety, convenience, and hassle to get good performance and modest resource use. Programs written using the New Jersey approach will work well both in small machines and large ones, and the code will be portable because it is written on top of a virus.

It is important to remember that the initial virus has to be basically good. If so, the viral spread is assured as long as it is portable. Once the virus has spread, there will be pressure to improve it, possibly by increasing its functionality closer to 90%, but users have already been conditioned to accept worse than the right thing. Therefore, the worse-is-better software first will gain acceptance, second will condition its users to expect less, and third will be improved to a point that is almost the right thing. In concrete terms, even though Lisp compilers in 1987 were about as good as C compilers, there are many more compiler experts who want to make C compilers better than want to make Lisp compilers better.

The good news is that in 1995 we will have a good operating system and programming language; the bad news is that they will be Unix and C++.

There is a final benefit to worse-is-better. Because a New Jersey language and system are not really powerful enough to build complex monolithic software, large systems must be designed to reuse components. Therefore, a tradition of integration springs up.

How does the right thing stack up? There are two basic scenarios: the big complex system scenario and the diamond-like jewel scenario.

The right thing takes forever to design, but it is quite small at every point along the way. To implement it to run fast is either impossible or beyond the capabilities of most implementors.

The two scenarios correspond to Common Lisp and Scheme.

The first scenario is also the scenario for classic artificial intelligence software.

A wrong lesson is to take the parable literally and to conclude that C is the right vehicle for AI software. The 50% solution has to be basically right, and in this case it isn’t.

But, one can conclude only that the Lisp community needs to seriously rethink its position on Lisp design. I will say more about this later….